The IMO is an international competition for high school students which has been running annually since 1959 and now has over 100 countries competing, including all members of the G20. The IMO is a self-governing autonomous organization, though it is affiliated to UNESCO. Its Council is elected by participating countries, and is called the IMO Advisory Board. 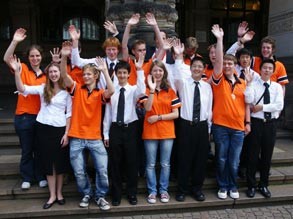 This portal gives Olympians the opportunity to stay in touch with other Olympians and to share some of your stories and successes with fellow mathematicians and maths enthusiasts from around the world.

You will be able to contact others who register and post biographical information, stories, maths problems and other information to share with others in the IMO family. » Register 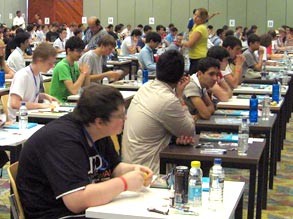 It is the aim of the IMO to bring young people together from all over the world to enjoy the challenges of mathematics in a spirit of friendly competition. This provides a stimulus for Mathematics in each of the participating countries as young people strive for selection. Whist clearly it is a competitive event, for most participants, it is the people that they meet and the shared joy of discovery that is what they regard as most worthwhile. It is common that lifelong friendships are forged at IMO events. 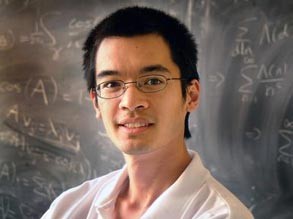 Mathematics competitions began as inter-school competitions in the Austro-Hungarian Empire in the 19th century. The modern era of mathematics competitions began in 1959 when the first International Mathematical Olympiad was held in Romania among 7 Soviet Bloc countries. Each country was allowed to send up to 8 contestants and there were 6 questions, with various scores per question, adding to a total of 40 marks. All of the early competitions were relatively small and the first country from outside Eastern Europe to enter was Mongolia, in 1964. Finland sent a team in 1965 and gradually the competition expanded to include a number of other European teams, reaching 13 teams in 1967. The first team from the Americas to compete was Cuba, which joined in 1971. Vietnam entered a team in 1974, becoming the first country from South-East Asia. In 1975, the US joined the competition with Algeria becoming the first African contestant in 1977, by which time the competition was taking place in 21 countries.