We are proud to announce that Terence (Terry) Tao has agreed to accept an appointment as Patron of the IMO (International Mathematical Olympiad) Foundation. The foundation exists to promote the IMO and to provide support for host countries and participants. There could be no more appropriate patron than Terence Tao. His position as one of the world’s leading mathematicians is well-known and he has always been a strong supporter of the IMO and related activities. Terence competed in the IMO in 1986 and was the youngest ever gold medallist, at the age of 12 in 1988.

Born in Adelaide in 1975 of Chinese parents, Terence was educated at Blackwood High until entering Flinders University in 1989, completing his B.Sc. (Hons) in 1991 and his M.Sc. in 1992. He then began his doctorate at Princeton University under Elias Stein, completing this in 1996. He was made an Assistant Professor at UCLA in 1996 and a Full Professor in 2000 (the youngest ever appointed by UCLA). Terence has received numerous awards and prizes, including the Salem Prize in 2000, the Bochner Prize in 2002, the Fields Medal and SASTRA Ramanujan Prize in 2006, the MacArthur Fellowship and Ostrowski Prize in 2007, the Waterman Award in 2008, the Nemmers Prize in 2010, and the Crafoord prize in 2012. 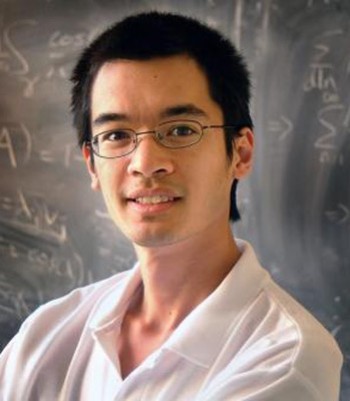 Terence Tao currently holds the James and Carol Collins chair in mathematics at UCLA, and is a Fellow of the Royal Society, the Australian Academy of Sciences (Corresponding Member), the National Academy of Sciences (Foreign member), and the American Academy of Arts and Sciences. His areas of research include harmonic analysis, PDE, combinatorics, and number theory. Some of his best-known results include the Green-Tao theorem which states that there are arbitrarily long arithmetic progressions of prime numbers and his more recent result that every odd number greater than 1 is the sum of at most five primes, a significant step towards proof of the Goldbach conjecture.

Professor Tao says, “I have very fond memories of taking part in IMO. Like any other school sporting event, there is a level of excitement in participating with peers with similar interests and talents in a competitive activity. The opportunity to travel nationally and internationally is an experience I strongly recommend for all high-school students. Taking part in IMO can be a life-changing event for young, gifted mathematicians. I therefore wholeheartedly support the IMO foundation.” 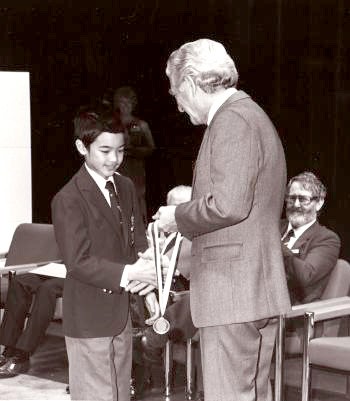